BY KAREN GRACE AND THE BOCA GRANDE HISTORY CENTER – The beginning of the du Pont family in Boca Grande came in 1916 or 1917 when Louise (du Pont) and Frank Crowninshield rented Frank’s brother’s (Benjamin) Gulf front cottage. In the years that followed, Louise and Frank bought land at First Street and Gulf Boulevard, the street that once existed in front of current beachfront homes but has since eroded. Eventually they expanded their real estate to include six cottages as well as a main house and a stable.

Mrs. Crowninshield became a benefactress of many Island institutions and people. She provided the property for the Island School, now the Community Center, and raised funds to equip a school for Black families in a time when schools were segregated. She supported the presence of an on-island doctor and ultimately the establishment of the Boca Grande Health Clinic. 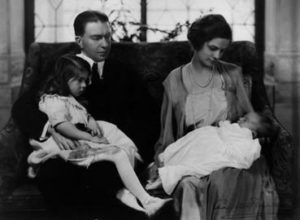 Many island children tell of swimming in the Crowninshield pool, having tea with Louise, attending picnics and benefiting from her support of their advanced education. Davis Hammond, a Crowninshield descendant, remembers arriving on the train to vacation on the island and how his great aunt Louise organized their entertainment.

Henry Francis du Pont’s family included his daughters, Pauline Louise du Pont Harrison and Ruth Ellen du Pont Lord, both of whom had homes on Gilchrist. Henry Francis was known as a collector and a horticulturist/gentleman farmer. His daughter, Ruth, wrote in her book about her father that Henry Francis was “always ready to investigate the progressive and new.  In gardening and in farming, he was ‘an innovator and a leader.’ He cultivated rare plants and experimented with plant propagation. His bold decisions revolutionized practices of cattle breeding and milk production.” He was also the founder of Winterthur Museum, Gardens and Library in Delaware.

Ruth Lord herself was also an innovator, achieving an undergraduate degree from Vassar where she was valedictorian and her masters in education from Yale at a time when wealthy women did not often pursue advanced education. In addition to writing a book about her father, she also co-authored a book, “When Home is No Haven,” based on her work at the Yale Child Study Center where she focused on child custody issues. She was also a co-founder of the Long Wharf Theater in New Haven.

The Sharp family has had a major impact on Boca Grande. Hugh Rodney Sharp Sr., known as Rodney, was “a frustrated architect” according to his son Bayard, who thought that Spanish style was appropriate to the Island.

Like Henry Francis du Pont, Rodney was especially interested in gardens, both in Delaware and Boca Grande. The Hacienda’s gardens are covered in the book, “Golden Age of American Gardens (1890-1940).” The Hugh Sharp Jr. family continue to own and reside at the Hacienda.

That same year, Bayard bought the Pink Elephant. Hugh and Bayard  participated in the Boca Grande Health Clinic and later traded waterfront land for the railway right of way and donated the latter property to the community for today’s bike path. 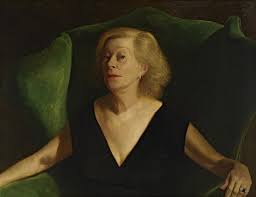 Another du Pont cousin, Dulcinea (Deo) du Pont Weymouth, contributed to Island history by supervising the operations of the San Marco Theater which showed first run movies in support of the Clinic and by painting the murals at the Temptation. There she depicted the island as she knew it in the 1940s and 1950s, painting some of the people who enjoyed Boca Grande’s beaches, fishing and town. Later Kathy Futch added many of the names to Deo’s painting. Homer Addison, builder and original owner of the Temptation and a friend of Deo and her husband George Weymouth, said that when the murals were complete, Deo left the paints and brushes and inspired him to begin painting, a hobby he enjoyed for many years.

Du Pont descendants continue to own homes in Boca Grande and add their support to many activities in the community.

This History Center Archives also invites the community to lend photographs, documents or other materials which it will scan and return to the lender.